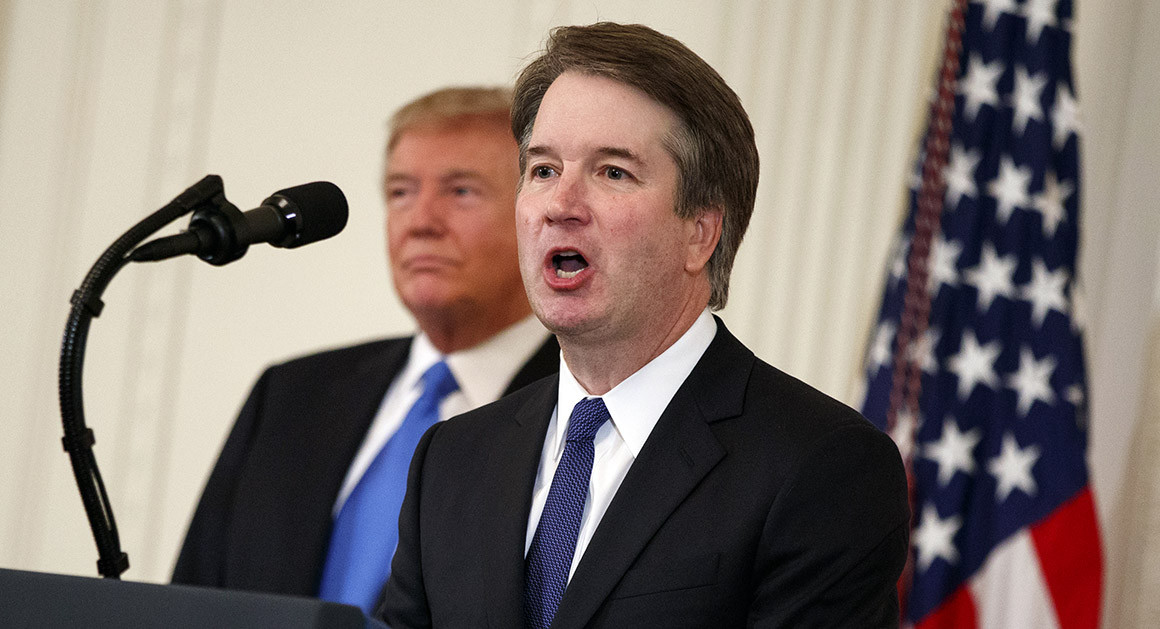 The author of the Intercept’s piece is the appellant himself, Jefferson Morley, a man who sought documents from the CIA about the Kennedy assassination through the Freedom of Information Act. He did so in the early 2000s and was left waiting for production for a very long time — the suits relating to the request stretched across fifteen years. Morley finally obtained a large cache of documents pursuant to that request. He then followed up with a suit for attorney’s fees, which the FOIA grants may be exacted from the government when “the complainant has substantially prevailed.”

That word may turned out to be pivotal in the D.C. Circuit Appeals Court’s decision rejecting award of those fees based largely on deference to the subordinate court.

It’s important to outline the facts of that decision: the three-judge panel which decided it consisted of Karen Henderson, a George HW Bush appointee who succeeded Ken Starr in that role (a conservative, clearly); Brett Kavanaugh, a George W Bush appointee (joining the bench 16 years after Henderson); and George Katsas, a Donald J Trump appointee (joining the bench 11 years after Kavanaugh and less than a year before this decision). In a strange move for a three-judge panel, the decision was issued per curiam — denoting an unsigned decision issued jointly by the court and usually signalling broad agreement on purely technical issues — despite the fact that it was in fact a hotly divided opinion. Indeed, it was the Court’s most senior member, a judge with more than twice the experience on this panel than both the other two judges combined, who was passionately opposed.

What could explain such a bizarrely anonymized result? It would seem to be malice. Appellant Morley argues convincingly in his Intercept piece that it must have been Judge Kavanaugh who wrote the majority opinion in this case since Judge Henderson passionately dissented (more on that later); and since Judge Katsas, as a newcomer to the court, would not have been likely to be deputized into writing this decision. Indeed, it was only Kavanuagh in the majority, as a seasoned member of this circuit, who had  been made to put up with this decades-spanning suit. So why would Kavanaugh wish to avoid attribution on the decision? Well, he knew he was on Trump’s short list for SCOTUS nomination and likely preferred to avoid a headline to the effect of “Trump pick rules for CIA, against FOIA” on the day of the announcement. Let’s call it Kavanaugh’s decision.

Kavanaugh’s opening paragraph well summarizes his animus in this case [emphasis mine]:

This FOIA case has dragged on a for a staggering 15 years. The litigation over attorney’s fees alone has taken 8 years. It is time to bring this case to an end.

Kavanaugh doesn’t cite legal principle for this desire to expedite this case under these circumstances, and his opinion doesn’t explicitly rely on this dictum. The fact that he chose to include it raises serious questions about his objectivity and his temperament.

Kavanaugh does turn correctly to an established test that guides circuit courts in deciding whether to award attorney’s fees under FOIA suits. It asks judges to consider “four rather amorphous factors”:

Following a truly epic, years-long appeals ping pong characterized by the appeals court correcting the district court over and over again — remanding proceedings to reconsider errors and new precedents several times — the district court had most recently found that:

Given that “heavily” pronouncement, it will be no surprise that the district court added it all up and found for the government, and comfortably so. Kavanaugh asserts that while “one can debate” whether that decision was correct, the only role of the appeals court is to determine whether the district court’s decision “was at least reasonable.”

Rejecting Morley’s argument that the district court actually misjudged the weight of the first three factors, Kavanaugh asserts that it is the fourth factor — the only one, as it happens, that directly involves the government — which “is the heart of the case.” In what Judge Henderson’s dissent describes as a “telling” footnote on this point, Kavanaugh gripes that maybe the test should actually be only the fourth factor. Such an approach would [emphasis mine] “among other things, greatly simplify these unnecessarily complicated FOIA attorney’s fees cases.”

It’s interesting that while nearly half of Kavanaugh’s opinion — 6 pages out of 14 — deals only with addressing those five arguments against the fourth factor on their merits in order to justify several doses of deference, just three paragraphs address the other three factors (all of which favoured Morely): one to reestablish the very same appeal court’s earlier decision on the first factor; one to cite precedent on respecting the district court on the second and third factors in “non-commercial” cases; and the most important one to explain not addressing the district court’s balancing of all four factors:

When the four factors point in different directions, the district court has very broad discretion how to balance the factors and whether to award or deny fees. There are many reasonable approaches a district court might take in balancing the factors, and it is difficult for an appellate court – with our deferential standard of review – to second-guess that balancing. And in this case, especially with factor four heavily favoring the agency and the other three factors only slightly favoring Morley, we cannot say that the District Court abused its discretion in concluding that the fourth factor tilted the balance in favor of denying attorney’s fees.

Over the past 15 years, we have remanded this case four times. During the same period, we have reversed the same district court twice in a nearly identical Freedom of Information Act (FOIA) case. That makes six opinions from this court. I share the majority’s displeasure with the resulting waste of judicial resources, especially because “fee litigation [is] one of the last things lawyers and judges should be spending their time on”… Jefferson Morley, however, is not to blame for this “staggering” saga.

Henderson laments that “the majority truncates the history of this case.” When the suits and appeals are all counted, Henderson labels this case Morley XI. For the roman-numeral-challenged, and to underscore the truly ridiculous aftermath of this FOIA request, that’s eleven distinct cases. No wonder Kavanaugh would like to see closure!

The first two pages of her dissent are worth reading in their entirety. Arguing that “but for the district court’s repeated misapplication of FOIA precedent, this case could have ended as early as 2006,” Henderson cites Kavanaugh’s own concurring opinion from a 2013 chapter of the saga: “If it had been correctly decided the first time, ‘Morley would already have his fees, and this litigation would have long since concluded.'” It’s stunning that the same Judge could deny those same fees five years later on the basis of a “double dose” of deference to a district court which he explicitly notes has erred.

In a lean 17 pages, Henderson unwinds the whole of the 11-case history of this FOIA request, exposing a seeming petulance on the part of the district court in repeatedly denying fees. Significantly, and citing two recent cases bearing on the analysis, Henderson notes that

Henderson herself undertakes that analysis.

On the second and third factors, concerning the commerical benefit and the nature of the interest in the documents sought, the district court ruled that they are “close calls” with regard to whether they favour Morley. Henderson calls that “legal error”:

On the fourth count, the reasonableness of the CIA’s response, Henderson further details the history of the Morley cases. In Morley II, the appeals court reversed summary judgement for the CIA, finding instead (emphasis in original) “that the agency’s response was legally insufficient on seven separate grounds… collectively undermin[ing] the district court’s conclusion that the fourth factor weighs heavily against Morley.” She singles out the CIA’s tight-lipped referral to the National Archives, where the CIA had transferred some documents relating to the Kennedy assassination for public access in the 90s, as “entirely unreasonable.” Since only 113 of the 524 eventually-produced documents were actually at the National Archives, it was clear the CIA had no idea what Morley’s request involved, so Henderson asserts that “it was legal error to conclude that the CIA’s position was reasonable.”

I believe the district court erred on two levels: it erred in evaluating each of the four factors individually and abused its discretion in weighing them against one another. Accordingly, this case does not call for “[d]eference piled on deference.” It calls for an adherence to Davy IV and our four earlier Morley opinions. Because I believe the district court ignored our mandate and misapplied our precedent, I would vacate the district court order a fifth time and remand with instructions to award Morley the attorney’s fees to which he is entitled.

To recap: a successful FOIA campaign produced hundreds of documents even the CIA appeared not to know about, multiple rounds of remanding over fifteen years were necessary to correct a district court, and in the final scene there are good arguments for legal error on all four factors of the controlling test. It’s difficult to understand how this is reasonable, especially when considering the significant chilling effect it will have on FOIA requests going forward.

But most concerning to me is the picture this paints of the legal mind of Brett Kavanaugh. The highest court in the land requires a subtle balancing of competing interests in order to faithfully interpret both law and precedent and see that justice is served for the people. Kavanaugh seems to have a thumb on the scale for the government, and even seems willing to permit errors of fact in subordinate courts in order to bring unpleasant cases “to a close.” It is difficult to see how these traits qualify a good Supreme Court justice. And how damaging might his biased judgment be in cases about issues more significant than attorney’s fees? Judge Kavanaugh should not sit on the Supreme Court.